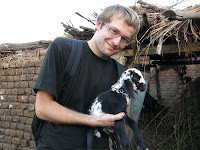 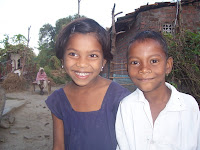 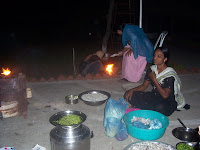 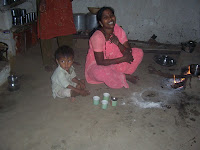 Last two days in Bamhani we again visited very remote and rural villages together with the nurses and the driver and attended the class of the new VHSW batch (Village Health and Social workers) of 10 village girls. The girls do a two month training in Bamhani which consists of medical and social classes but also cooking and housekeeping. For them it is one of the only possibilities to achieve a further education after 10th class and before they marry/are married. After the training they can apply for a one year course to become a Trained Birth Attendant, which is also financially supported by Sangam.
Yesterday night there was an interesting Fullmoon Festival going on. I dont understand the whole thing jet but this night they celebrated the beginning of the winter season (some were already wearing heavy woolen jackets, scarfs and also a ski outfit, ok I have to admit that this night I also used my sleeping bag for the first time because it was a bit freezy) A huge pot of milk was put on a open fire, appr. 2 kg of sugar were added and then they boiled the mixture. When the fullmoon was at its highest position a hindu god dropped some holy spirits into the milk. While boiling the milk, there 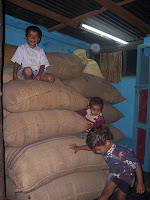 was a song contest or better: a battle, men against women. The opposing parties sang songs, the group who ran out of songs first was the looser group. I have no idea why they can remember so many songtexts, but the game went on 1 or two hours without interruption. (On the pictures you see preparations for the fullmoon festival, our cook Usher preparing chai tee, a village livingroom stuffed with soja beans, the village-visit crew in front of a hut, some children) 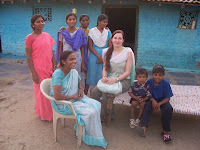