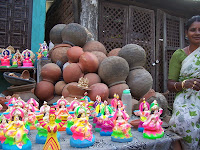 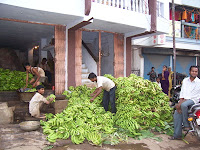 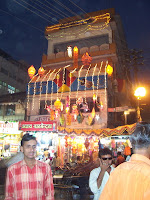 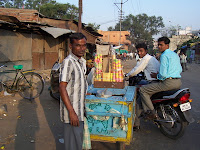 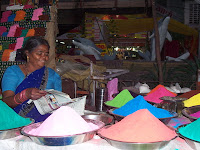 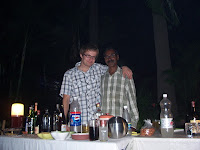 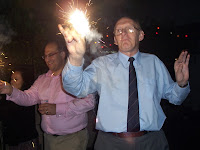 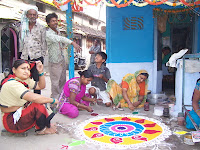 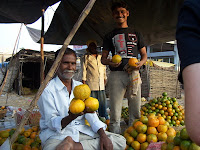 10.11.2007
Yesterday was day 3 of the diwali festival. Whole Nagpur was preparing for this important day – colourful chalk designs were created in front of each house, flower girlandes, candles, oil lamps and kitsch lightchains were put up… all streets were cleaned and people greeted us shouting ‘Happy Diwali’. Here are some impressions from the city. In the evening we were invited to the house of Jonas uncle, Dr. Mukahshedee. This was indian upper class deluxe. Our driver Hargovind was the barkeeper of the night, mixing some nice Cuba Libre (90% Rum, 10% Cola, I couldn’t drink it) Jona told us that some millionaires’ neighbours wifes next door celebrated this night smoking and gambling, in the past often with nice American cars.
The fireworks were incredible, ging on for 2 hours (I think those we saw last night are not allowed in Europe any more) At 12 pm it seemed like being in a street war, so many firecracker…. Wow
Posted by Anna at 9:41 PM